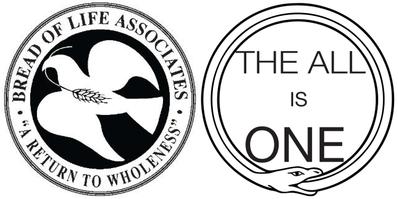 ​Limitless Truth and rational thought will heal absolutely any and every problem. This is something that one learns as the result of a successful quest for the Holy Grail. However, we who are experiencing limitation must approach The Limitless one step at a time....

In the Appendix article My Journey to the Grail  I explain how I was led into the deepest of Truth by first being led out of a severe disease condition. I had an enlarged prostate that eventually blocked my urine flow completely. I believe that my prostate was cancerous. But in any case, the problem disappeared when I found good reason to adopt an alkaline-forming vegetarian diet that included one meal each day that consisted of nothing but raw vegetables.

Years later my research would teach me that this same basic diet had been used by a doctor named  Max Gerson  to heal his patients of many diseases, including advanced-stage cancers. He wrote a book entitled A Cancer Therapy: Results of Fifty Cases and the Cure of Advanced Cancer by Diet Therapy.  However, instead of being celebrated for finding a cure for cancer, he was persecuted for discovering a cure for cancer that wasn't profitable for the medical establishment. His story is told in several books, including Censured for Curing Cancer  by S.J. Haught and Max Gerson: Healing the Hopeless  by Howard Straus.

Doctor Max Gerson and I both discovered the cure for cancer through Divine Providence. But there were some differences. For one, the information was given to me in such a way that I can have no doubt where it came from. And secondly, Doctor Gerson wasn't aware that the alkaline-forming nature of this diet is its primary curative mechanism, while this fact was made quite clear to me. And this led me to deduce the cure for cancer in its simplest form.

From high school chemistry I knew that sodium bicarbonate - baking soda - neutralizes virtually any acid and creates an alkaline condition. And when I experimented, I found that a small amount of baking soda in water, taken orally at night before bed, kept my urine flow strong even when my diet became overly acid-forming. (Meats, grains, and all man-made and overly-processed "foods" are acid-forming in the body.) In baking soda I suspected that I had discovered the "magic bullet" cure for cancer. And I would eventually become sure that I had.

Years later a good friend of mine was diagnosed with lymphoma (cancer of the lymph nodes). And his doctor told him that he probably wouldn't live more than a few years. This oncologist was unusually candid with my friend, and told him that chemotherapy and/or radiation would only hasten his demise. So, my friend adopted my baking soda solution habit. He drank a level teaspoon of baking soda in about four ounces of water twice a day; before bed, and first thing in the morning. And in just four months his shocked oncologist pronounced him entirely cancer free!

I eventually discovered the website of a fellow named  Phil Vernon  who used baking soda to cure his cancer. He combined the baking soda with molasses. And there are now many sites on the Internet that talk about the baking soda/molasses cancer cure. But the molasses is unnecessary, and adds needless complication. (The same is true about another practice I have discovered recently online, which is to add maple syrup to the baking soda.) The only possible advantage I can see is taste, but there may also be unknown disadvantages.

An Italian doctor named Tullio Simoncini has been using baking soda as a cancer treatment for years, and he claims a 90% cure rate. The same is true of the Nature Works Best naturopathic cancer clinic in Tempe, Arizona.

When I told a friend about all of this, he said, "Aunt Gladys always drank a teaspoon of baking soda in water before bed at night, and she lived to be 96." And in my research I would eventually learn that it has long been known that baking soda prevents and cures diseases that range from the common cold to cancer. Cancer simply cannot exist in an alkaline environment. And the same is true of colds and flus. It really is that simple.**

My friend and I continue to do the baking soda drink once a day, before bed, as insurance against cancer. However, I now mix the baking soda with 1/2 that amount of citric acid. (For example, one level teaspoon baking soda with one-half level teaspoon citric acid in four ounces of water.*) Sodium bicarbonate and citric acid are the basic ingredients in Alka-Seltzer (although they also add aspirin, which I don't want). And this makes for a more pleasant tasting, carbonated drink, because the chemical reaction turns the sodium bicarbonate into carbon dioxide and sodium citrate. At the same time, the alkaline-forming nature of the drink remains, because both citric acid and sodium citrate are alkaline forming in the body. (That's why they call it "Alka-Seltzer.")

*UPDATE: I now use pure lemon juice (about a half-ounce to an ounce per glass) rather than citric acid. The lemon juice is also alkaline-forming and contains citric acid, so I get the same effect with better taste and the advantage of the nutrients in the lemon juice.

I see advantages to this method beyond just improved taste. The sodium bicarbonate (baking soda) converts into sodium citrate when it meets the citric acid, and the body seems to tolerate sodium citrate better than sodium bicarbonate for some reason. For example, I note that my elderly mother's ankles swell if she drinks baking soda water, but when mixed with citric acid the drink often (but not always) acts as a remedy  for her frequent ankle swelling! Is the "seltzer" version as strong an alkalizer as the straight baking soda/water drink? I'm not sure. But in my experience it seems to work equally well. And if I were experiencing cancer I would simply increase the dosage and frequency. However, I note that, to date, it is the non-converted sodium bicarbonate/water drink that's been documented as a cancer cure.

I've authored a more detailed article on this subject, entitled Truth Is The Cure For Everything, which is posted at www.ACourseInTruth.com. And here are two You Tube videos on the subject that I constructed:

THE CURE FOR CANCER

The pH Cure For Cancer

** I note that vegans must be careful not to overly-alkalize their bodies. And true whole-grain  foods are a good way to ensure this. (Wheat, in particular, is highly acid forming). The ideal diet for the human body consists of 80% alkaline-forming foods and 20% acid-forming foods.