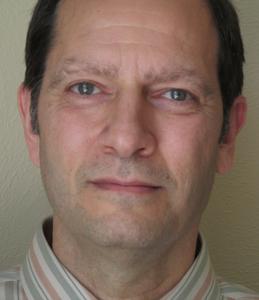 Tom Rhodes is an ordinary guy in most respects, as I should know. But I also know that I've been given an extraordinary perspective. And, in short, I've been led to the Holy Grail in such a manner that I can have no doubt. And my intention is to share this greatest of treasures with all who are interested.

Here's a very short version of a very long story:

I'm the eldest of six children, and was born January 9, 1957. I was raised primarily in a small town environment, although my family lived in large cities several times for short durations while I was growing up. I had a Roman Catholic upbringing; church every Sunday, and about half of my schooling was in Catholic schools.

I was a "late-bloomer" and unsure of what to do when I graduated high school, so I joined the U.S. Navy in the interest of seeing the world while receiving a regular paycheck. I have always been an independent thinker; one who follows his own sense of reasoning and isn't inclined to "follow the crowd." And upon entering the Navy I didn't see God in the concrete and steel jungle of the big city, while the contradictions in orthodox religious doctrines became very obvious to me.  So, I became agnostic. I simply had to admit that I didn't know.

I eventually yearned to structure my environment for myself, and was glad when my six year enlistment ended. However, my agnosticism didn't end until I reached the age of 27, when common sense and reason returned me to belief in a Creator. And I left the thought at that.

At the age of 36 I began receiving synchronicities on a regular basis; meaningful coincidences that were obviously far outside the range of random chance. Some of these have been quite profound, and it became apparent that I was being addressed by a cosmic Intelligence that has the power to manipulate absolutely everything. I know of no better name for It than "God." And through synchronicity I was led out of a serious disease condition and into an education that I couldn't have dreamed of.

For years I spent most of my time reading. And I was often given experiences that confirmed what I was reading, such that I was given an extraordinary level of confidence in the information that I was being led into. And, the bottom line is this:

I have identified the Philosopher's Stone of ancient myth and legend, which enabled me to also identify the Holy Grail. (As it turns, they are the most profound of truths.) And with this foundation of understanding under my belt, I was given the Meaning of Life; the precise reason for our experience of this world of limitation, as well as the precise means of overcoming it. And I can have no doubt that this is the most empowering information on this planet!

This book isn't about me or my journey. However, in the book's Appendix article My Journey to the Grail  I give a more detailed account of the events in my life that led me to the Holy Grail. Also, the book My Rosie and The Holy Grail  gives a lot of insight into this subject. (See the MY ROSIE page.)

A Course in Miracles played a major role in my discovery of the Holy Grail. And The Course is the only source in this entire world for a clear understanding of the precise reason why we are experiencing it. For more on A Course in Miracles see this website's ACIM  page. And there are some pertinent links on the LINKS page.